According to Stitt's book Japanese Ceramics of the Last 100 Years Meito went out of business during WWII. However, Kovels states that it was acquired by Narumi during WWII, and continued to use the Meito backstamp.There are Meito with Made in Occupied Japan" marks. The English sites I have seen say the meaning is fine sword which would have these characters 名刀 but I really can't find much in Japanese.

According to "Collector's guide to Made in Japan Ceramics, Book IV" by Carole Bess White, the mark #64 with the Meito China in red above the green crown, Hand Painted Made in Japan is attributed to Nagoya Seito Sho which began business in 1908. The name was changed to Narumi Seito Sho by at least 1934, as her  #75 mark is "Narumi China" one. Narumi continued to use the Meito name on some  items for some time. 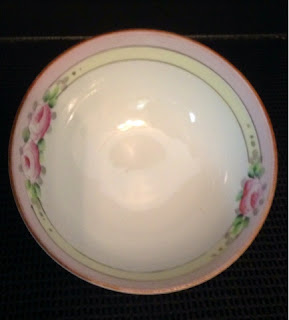 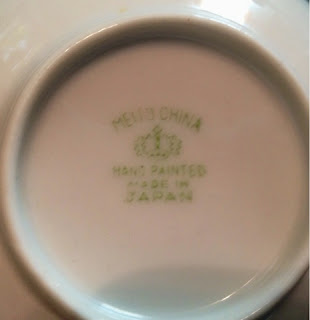 This is a rather common MEITO green mark 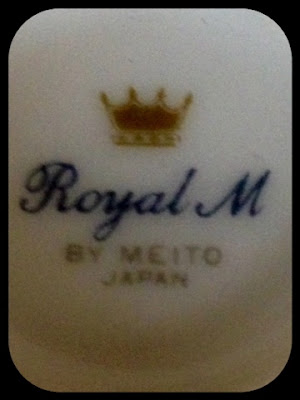 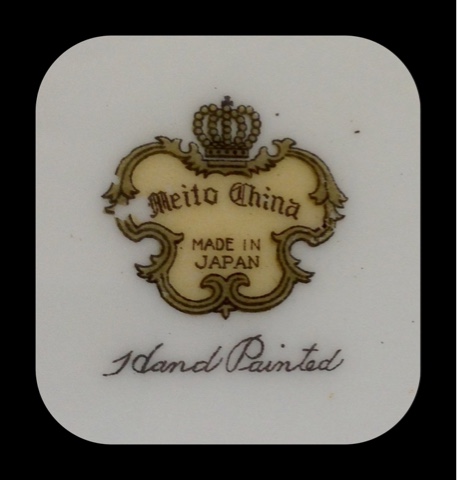 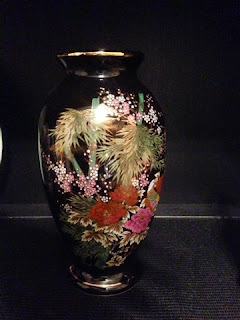 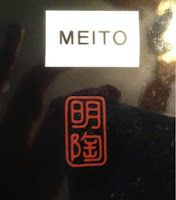 This does not appear to be related to the Meito/Narumi as the kanji are different. 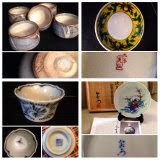 I love Japanese pottery and porcelain. While living in Japan for many years, I researched Japanese pottery as a hobby. I visited many kilns, and researched potters and their marks. I have information on many marks in my files. It is harder to do research since returning to the USA but the passion remains!!!!
When I first started this blog I intended it as a way to learn about the many modern pieces I was finding. Over time I have also begun studying and collecting vintage and antique ceramics as well. These will also be included even if they don't really fall under the original title for my blog.
**NOTICE:
I am NOT taking any queries right now.
I have had so many requests that I am unable to continue with this service. It takes alot of time to research requests and I am not able to keep up.
**Disclaimer: This blog is a hobby for me. It is a work in progress. There may occasionally be errors. I correct them when discovered. This blog is not meant to be a means of determining authenticity or value.